I learned of Federal City, and their memorable 1974-75 season last year, but then I focused on the players. I started learning more about Stockard specifically while working on another story (that should publish in November), and now I want to learn more about her life. (Side note: We're always just six degrees of separation from Tuskegee, are we not?)

Anyway, this all to say, the more I learn about history in general, the more I understand the impact of what these Black sportswomen (and coaches, and administrators) have done.

There are two modes in my creative life: consumer mode and creator mode. Right now, I'm heavily focused on learning and consuming, at least where The Black Sportswoman is concerned.

My focus at the moment is learning history so I can better understand the lived experiences of the women in history I'm writing about, but it will also help me do better research and ask better questions when I interview. (And I'd love to do an oral history project.)

Hopefully at least one thing here interests you!

Digital Books: I'm currently reading "Black Politics in New Deal Atlanta," by Karen Ferguson and I'm waiting on the audiobook of "Make Good the Promises" Reclaiming Reconstruction and Its Legacies, edited by Kinshasha Holman Conwill, to become available, both on the Libby app.

Physical Book: On my birthday I picked "Remembering Slavery: The Only Known Audio Recordings of Former Slaves," which is essentially the book and CD version of this content from the Library of Congress, "The recordings of former slaves in Voices Remembering Slavery: Freed People Tell Their Stories took place between 1932 and 1975 in nine states." I'll probably start that in November or December.

HBCU Digital Library: A Digital Collection Celebrating the Founding of the Historically Black College and University is a collection of primary resources from HBCU libraries and archives.

The photos in the thumbnail actually came from the HBCU digital library. I just type in athletics, sports or something more specific terms like basketball to find pictures. Some of my favorite pictures are from the 1930s.

Black Women Oral History Project Interviews, 1976–1981: These women, many already in their 70s, 80s, and 90s, had made substantial contributions to improving the lives of African-Americans and all people, through professional and voluntary activities, in their communities and nationally.

Black Champions Video Interviews: One of the most distinctive aspects of the Black Champions interviews is the strong presence of African American female athletes from the mid-20th Century. Women sports pioneers interviewed include track gold medalists Wilma Rudolph and Alice Coachman-Davis, and tennis champion Althea Gibson.

Black Journal on American Archive of Public Broadcasting: Black Journal (1968-1977) was an American public affairs television program on National Educational Television and later WNET. (There are episodes on Black military service/experience in Vietnam, the Juka Tribe of Suriname, the changes in Kenya and Tanzania post independence. The only sports-related thing I've seen so far was the Kareem Abdul Jabbar episode.

If you liked this email, forward it to a friend! 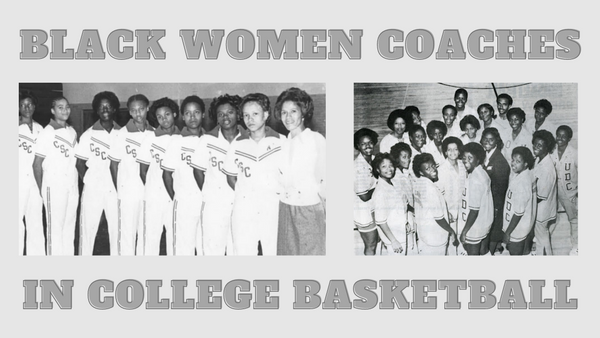 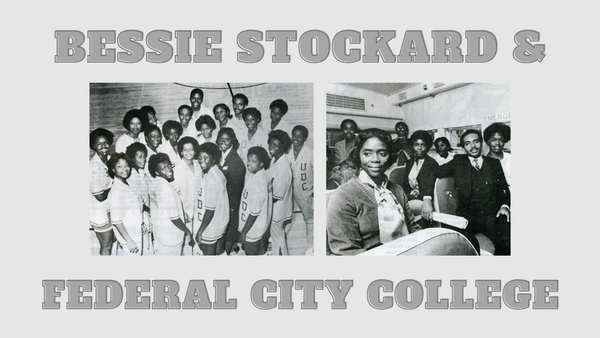 'If she leaves, I don't know what will happen to women's sports.'