The first time I heard Althea Gibson, Alice Coachman or Wilma Rudolph speak was on May 3, earlier this year, when I learned about the Black Champions oral history video interviews.

I knew who they were, I'd seen them in photos or (silent) videos, but I'd never heard them say anything. I'd never heard their voices. I believe we connect deeper when we hear someone's voice, that's why podcasts are such an intimate medium.

They are a part of the ​​The William Miles Collection, shared by Washington University in St. Louis and made digital and publicly available thanks to a grant by the National Historic Publications & Records Commission.

Even the description of the archive reflects why The Black Sportswoman exists: “The contributions of Black female athletes often is overlooked in sports histories, and filmed interviews with such women are not nearly as common as those with their male counterparts.”

Not only do these oral histories allow us to better connect with these athletes, it’s important for Black women athletes to speak for themselves, about their lives, careers and experiences. Often these women are spoken about or to, but it's important for us to listen to what they have to say, whether it's about how they feel, how they've lived or how they need help moving forward.

In these oral histories you learn more details about them, their childhoods, their general interests, careers, and their contributions to sports history. But you also learn about them as competitors. What motivates them? What questions/issues are they tired of (sometimes just based on their body language)? What do they like or dislike? What stands out about their voices and personalities?

While watching, I started to feel that Althea Gibson and Cheryl Miller shared similar voices and mannerisms. This is not something I’d use in a story, but how interesting is that, to see.

Interviews like this, especially video but audio also works, helps us see these athletes as full people – not just athletes, not just people who overcame racism, sexism, homophobia or anything else (though sometimes those things aren't even acknowledged).

This all blew my mind. Instead of talking too much, I’ll just share the interviews, so you can watch them for yourselves. The brief description of the athletes comes from the WUSTL website:

Thank you for supporting The Black Sportswoman. With your help, eventually I’ll be able to start doing these oral histories, too.

If you liked this article, tell one friend about The Black Sportswoman and encourage them to join our free email list. I'll be back in your inbox on Thursday. 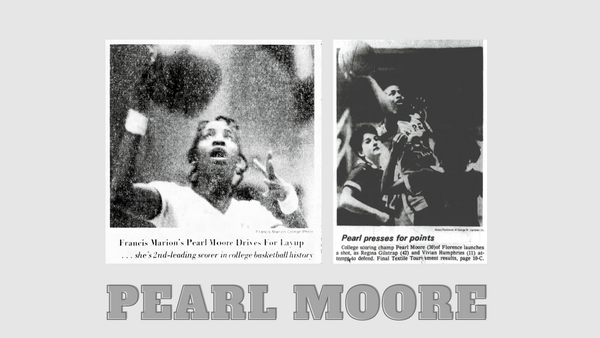 On the baseball game that took place between two Black women baseball clubs in May 1883.