I learn of a Black woman athlete. I look her up, excited to one day research her or interview her, just looking for a quick glance. I learn she passed away at a young age.

This routine has happened multiple times since I launched The Black Sportswoman. Not frequent, but often enough.

I'm sad their life was cut short. That their stories and knowledge of history left  with them. That their story from their perspective wasn't told yet. (In a perfect world, that would be an oral history of some sort).

Without these long-form or oral history interviews, we miss on so many facts and details about the reality of these athletes lives and careers. Also, we aren't able to properly plug in their stories into the general sports history.

As Leta McCollough Seletzky wrote in The Atlantic last year, "We Are Losing a Generation of Civil-Rights Memories." We are losing many sports stories, as well.

Lucky for us, Medina Dixon decided to begin telling her own story on YouTube last year. But we need urgency when writing and gathering perspectives from Black sportswomen. We need more people telling these stories, to make these public, even if they are not from "professional" journalists.

That's why the ultimate challenge is documenting these stories before it's too late, but we need more people doing this work for that to be possible. And I know that's easier said than done.

So while I've already written about Earlene Brown and Medina Dixon, today I want to share two athletes that competing during the same time frame, in Louisiana and Mississippi, respectively.

Mary Currie and Eugenia Conner are two athletes to know.

Mary Currie is a Dubach, Louisiana native who competed at Grambling from 1983 to 1987, finishing her career as the women's basketball program's leading scorer.

She majored in computer science and scored 2,256 points and grabbed 905 rebounds. In one game she scored 51 points, during a tournament held at Ole Miss in December 1985.

In both high school and college, Currie was coached by the legendary Patricia Bibbs-Cage.

"I remember Mary Currie as a complete player because she could do a lot of things." Bibbs-Cage told the Associated Press. "She played inside much of the time but was deadly from 15 to 16 feet. I still remember the night she hit 18 of 19 shots at the Ole Miss tournament."

The AP writes that Currie chose to follow her high school coach to Grambling, but Currie told the writers of the book "At The Rim" that she chose the Tigers because of the computer science program that was close to home.

Her goal, even in middle school, was to get a basketball scholarship. So she attended basketball camps and played with her siblings one-on-three.

"By the time Currie was offered scholarships in her senior year, she had researched job markets and decided that the computer field would afford her the best opportunities and the highest pay for an entry-level position," the book writes.

When At The Rim interviewed her, Currie was working as a software engineer while working on her MBA. Though she was done with basketball.

She was featured in the April 20, 1987 JET Magazine alongside South Carolina State's Wanda Pittman. Bibbs is in Grambling's Sports Hall of Fame.

Eugenia Conner was born in Gulfport, Mississippi in 1963 and competed at the University of Mississippi from 1981 to 1985.

A formerly self-described "uncoordinated" player who was told she was going to play basketball, became Ole Miss team captain junior and senior seasons and an All-American and All-SEC player.

She would also eventually serve as captain of Ole Miss women's basketball, who beat Tennessee in 1985 to advance to its first NCAA tournament Elite Eight.

And longtime Ole Miss head coach Van Chancellor told the Biloxi Sun Herald, "I thought from day one, Eugenia Conner had greatness written all over her."

She became a high school player of the year and All-American, even receiving more than 225 college offers, according to the Biloxi Sun Herald.

But Eugenia said recruitment was a lot of pressure and "the worst time of her life."

Chancellor went on to say, "She's the reason we turned things around at Ole Miss. She paved the way for easier things at this program, and I'll always be grateful for her."

Some of her Ole Miss accomplishments:

Conner played professionally for three years, in Spain and Italy, then moved home to become a social-work investigator, according to a 1993 article from Biloxi's Sun Herald.

"Yes, I do miss basketball. Of course I miss the paycheck and traveling. But I enjoy this more, because I'm making a difference," she said. "And yes, the people overseas were upset. I don't blame them. But this is something I really wanted to do." 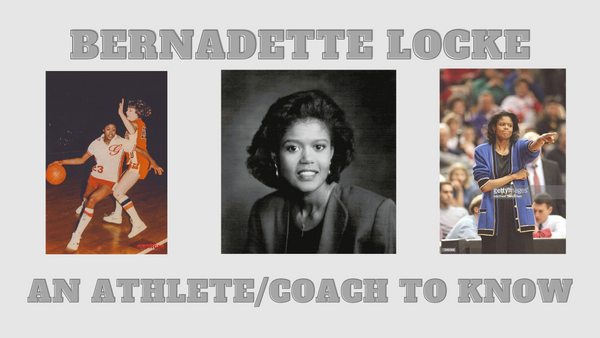 As a player & coach, Bernadette Locke-Mattox helped build one of my favorite women's basketball programs.

The basketball great passed away at 59.