The video and article below have the same script, but the video has actual clips of Brown competing and speaking.

In 1960, Earlene Brown became the first U.S. woman to medal in shot put at an Olympic Games, winning bronze. A U.S. woman wouldn’t medal again in shot put for more than half a century.

Today I want to share an overview of Earlene Brown, a three-time Olympian and an athlete to know.

Earlene Brown was born in Texas on July 11, 1935 and her family participated in the Great Migration, which is how she ended up in Los Angeles, California. Growing up, she played football, softball, baseball and basketball throw and discus.

In her early twenties, she joined the Amateur Athletic Union, AAU, and eventually qualified for the 1956 Olympics in Australia.

Because Brown was an independent athlete, not at a college program at the time, she didn’t have a dedicated, proper training program for an elite athlete. She also was responsible for funding everything – her personal life as well as things involving her athletic career.

Brown made a living as a beautician, eventually owning her own shop. So, she was either training and missing out on money or working and missing out on training while also on her feet all day. Less than two weeks before the 1964 Olympics, the furniture inside her home was seized by L.A. County Sheriff. She had to borrow money to get a passport for those Games and borrow a car to travel to pick it up.

Brown’s career had a lot of ups and downs.

Michael D. Davis writes in Black American Women in Olympic Track and Field, “If ever there was a clear case of how American concepts of amateurism stifles the development of American athletes, that case would be Earlene Brown … A great American star who had brought great prestige to the United States at the height of the cold war by beating Russia’s finest athlete in Moscow in 1962 was hard-put even to make the U.S. team.”

There was always something. Despite this, she was able to make history and even gain fame in some ways.

Babe Didrikson is considered a white icon in women’s sports, but Earlene Brown isn’t considered an icon. Scholars have said that is the case for many reasons including racism, sexism, classism, etc., and a lot of course has to do with respectability and “racial uplift,” an idea that suggests each Black person is responsible for uplifting the race. Those two concepts are intertwined because usually what is deemed acceptable to uplift the race involves what a white and Black bourgeois/elite audience found “respectable.”

Brown knew how to have fun. She taught Russians how to bowl, she was considered the dancing shot putter and genuinely seemed to enjoy being able to see the world through sports. But, she was called “Big Momma Brown” and “The Mother” of the Olympic team, being shoved into a “Mammy” stereotype – happy, jolly despite circumstances and a caretaker – role due to her appearance, skin color and body type. There's nothing wrong with being happy and jolly or being a caretaker.

But there is something wrong with being pushed aside during celebrations because of them, and not being elevated because of stereotypes Earlene Brown did not create.

Wilma Rudolph and Brown made U.S. history at the same 1960 Olympic Games. And while their accomplishments were different, both aren’t celebrated in nearly the same way. And Wilma Rudolph, whose appearance fit what was deemed “ideal,” was also a mother at the time and only five years younger than Brown.

And look, this isn’t to compare or contrast the two women, because they were friends. After Wilma Rudolph won the 100m, she went to celebrate with Brown. This is about the way the two were treated differently, by society, institutions and media.

“Without sports I would have been nothing,” Earlene Brown said. “I don’t see where life would have had any meaning. I must be on this earth for a reason because God has blessed me. He’s given me the opportunity to see the world, something even most rich folks are not going to see.”

You Bet Your Life: https://www.youtube.com/watch?v=T3IBxwm2LfA 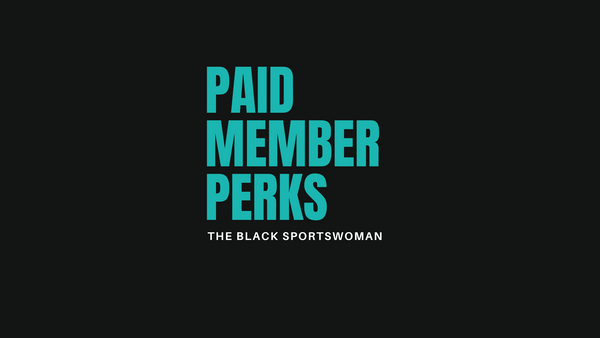 An exclusive update for our paid members.