Firsts don’t excite me, but I’ve been thinking about them a lot lately.

In 1971, Marian Washington and Colleen Bowser were the first Black women to play for the U.S. women’s basketball team and in 1996, Washington became the team’s first Black Olympic coach.

Firsts are heavy because I don’t view them as individual accomplishments. Before, I celebrated firsts. I saw them as just the accomplishments and the achievements of this one person who did this great thing, and thought something along the lines “You go girl!”

Now, when I see firsts – modern or historic – I think, “Why’d this take so long to happen?” And not in the rhetorical way, but in the way that’s actually looking for an answer. Because while racism and sexism are more than likely to be involved, it’s also more complicated.

Now, facts are facts, and Alice Coachman was the first Black woman to win an Olympic gold medal. I’m not looking to downplay that. But could it have been Lula Hymes or Jean Lane if not for a World War? Or what about Tidye Pickett or Louise Stokes if not for what they experienced within Team USA?

Lusia Harris scored the first points in an Olympic women’s basketball game, but could it have been Washington or Bowser, if Olympic officials hadn’t screwed up and started the sport in the 1972 Games when they were supposed to, instead of 76?

Again, this is not to take away from people who accomplished anything, but when I see a first now, I think of that “success is not always what you see” meme with the carrot or the roots.

The women who aren’t the first, aren’t the No. 1 or greatest of all time in their sport, added a piece to the puzzle that is this - or whatever - moment in time, deserve recognition, or at least acknowledgement, right?

The foundations they built by existing and competing are obvious to me.

When I see a “first” now, I think of the people who were qualified, but too Black, too queer, too Muslim, to also achieve the same feat that someone else did. I think of those who were mistreated or banned from practice and competition, those were qualified but had circumstances outside of their control that took away their chance.

I also think of those who never got the opportunity to even compete, of those who are in danger if they even try.

They are a part of the story, too. 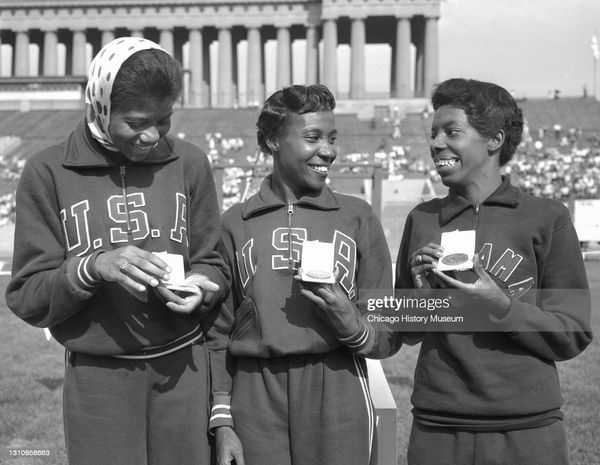 Charlotte/Carlota Gooden is an athlete to know. 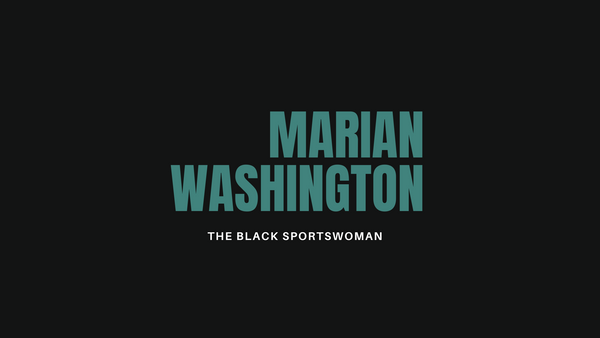 Marian Washington is more than a longtime coach of Kansas women’s basketball.