At 6’3, in her prime, she was quick and powerful. Strong, physical, with great hands and touch. A dominant center.

Harris, who now goes by Harris-Stewart, was Mississippi’s first All-American basketball player. While at Delta State University (1973-77), she won three consecutive AIAW championships and tournament MVP titles. She’s an Olympic silver medalist and one of the first two women inducted into the Naismith Hall of Fame in 1992.

She used to receive fan mail that the school’s sports information director kept track of for her and is considered one of the first great women’s college basketball stars.

Joni Taylor, a Mississippi native and head coach of Georgia women’s basketball, said in April that both Harris and Delta State are pioneers of the game.

“She was definitely a trailblazer. You wanna spend time talking about Mississippi, you look up Delta State University,” Taylor said. “Just the powerhouse that they were. I mean, that’s what I remember growing up. Delta State, Delta State. It was amazing to watch those women do what they did. So she probably is somebody who has been, I don't want to say forgotten but has been overshadowed because, you know, of (their dominance). But you talk about somebody who was just ahead of their time. She's one of them for sure.”

Lusia Harris started playing basketball at a young age and had to learn how to do a little bit of everything to play with her brothers, according to the Clarion-Ledger. During the day, she would pick cotton or wash clothes in the Tallahatchie River. At night, she’d play basketball on a titled wooden pole and bent rim in her backyard.

But she really didn’t learn the game until she got to Amanda Elzy High School in Greenwood, and her coach asked her to play on her first organized team. He focused on her fundamentals and her shot.

“I didn’t play defense that well,” she said. “I learned how to shoot and that became, I guess, my trademark.”

As she was wrapping up high school, Delta State brought back its women’s basketball team in 1973 after four decades. Harris changed her original college plans and attended school close to home and played for the Lady Statesmen.

“I just did what the coach asked me to do and always wanted to include my style of play into what they was trying to accomplish,” Harris said. “We didn’t run the ball. We pretty much walked the ball down the court and just kinda set it up and the ball went inside to me.”

Harris inside was the focal point of the team, but she said everyone was talented and brought something different. Her Delta State team was coached by Margaret Wade and her point guard was the 4’11, 85-pound Debbie Brock, who rarely had the ball taken from her. Rounding out the team was Cornelia Ward, Wanda Hairston and Ramona Von Boeckman.

“And of course there was me,” Harris said. “My job was to shoot and rebound.

“As a player, I think I was very strong,” she said. “Pretty much focused. Very few things would distract me. And I think that was a strong point. I didn’t let things distract me when I was playing.”

Before that third consecutive AIAW championship in 1977, Harris made USA Basketball’s first Olympic women’s basketball team in 1976. That team included Ann Meyers Drysdale, Juliene Simpson, Pat Head Summitt and Patricia Roberts. In her book Sum It Up, Pat Summitt called Harris the anchor of the team.

And in the first game, Harris scored the first points ever recorded in an Olympic women’s basketball contest.

“It was just something that happened,” Harris said. “The ball was just passed to me and you know, of course, I just shot it.”

The Olympics were the first time she’d been to Canada. The year before she won gold with Team USA in the Pan American Games in Mexico City.

“I got a chance to go to a lot of places and meet a lot of people,” she said. “And I enjoyed traveling. And I think I got the chance to go places I never would have gone had it not been for basketball.”

After graduating, she began working in the admissions office at Delta State. She left her job for a brief stint with the Houston Angels, who signed her for the playoffs, in the Women's Professional Basketball League. But she said she’d just had a baby and struggled to get in shape, and eventually, she went back to her job.

“I came back to my job (as an admissions counselor). I couldn’t make a living out there and plus I wasn’t any use to the team,” she said. “I couldn’t help the team. So I came back home.”

She eventually coached at Texas Southern and then at her high school, Amanda Elzy. Now, she’s retired and living in Greenwood, trying her best to stay inside during the pandemic.

Harris does think about her legacy. And there’s a through line, from her dominance to the 6’7 Teaira McCowan’s. But after McCowan, an All-American center at Mississippi State, finished school, she began playing professional in the states and abroad.

“I think my notoriety and my ability to play the game sorta helped in the development of the game and a lot of people playing the game now based on what we did in the past,” she said. “I think a lot of girls are interested. And they know now that they can continue their game in the WNBA, because at that time the WNBA didn’t exist after I graduated from Delta State. But girls could go on, they could go further now. They can continue their career and play on a higher level.” 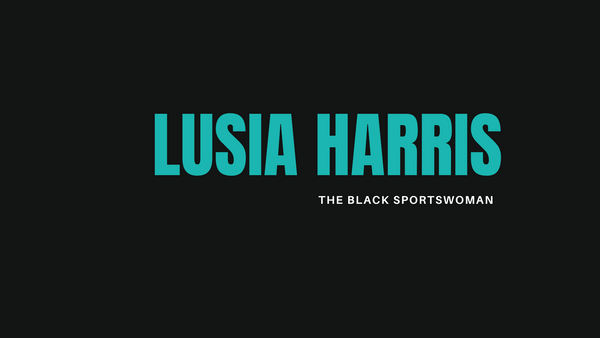