A few of her accolades:

Knight grew up in Irwinton – a small town outside of Macon, Georgia – and spent her summers from the age of five until the end of high school picking peas, beans and gathering other vegetables on her family’s farm in what Knight described as a full time job in Georgia heat.

That’s part of where her drive comes from, that early experience with “work ethic.” How hard she works is evident if you look at what she’s currently up to: a Hall of Fame rugby player who recently launched a clothing brand for athletic women (which now has a line with Walmart), and is currently serving as president of the Women’s Sports Foundation.

Knight didn’t enjoy the process of vegetable gathering but enjoyed everything else - taking care of livestock, plowing the fields. Growing up, she originally wanted to be a veterinarian but that eventually morphed into a dream of becoming a lawyer.

She’d see lawyers on TV – and the way they were admired by her family and community – and decided she wanted to be successful in that way too.

Then came her introduction to rugby.

By the time Knight arrived in Wisconsin she was burnt out from school – even asking herself why she’d gone to law school in the first place – and attended a Rugby social where she was recruited to play. She went to a training session and fell in love with the sport.

She loved the camaraderie and felt included in ways she hadn’t in rural Georgia in the 80s and Alabama in the early 90s. She could be physical. She could be aggressive. She could be herself.

Knight grew up loving basketball and wanting to play football, pursued bobsled, competed in crossfit, and is currently training for mixed martial arts. She’s always been active and desired competition and rugby was the perfect outlet during law school.

“I never felt judged, I never felt like I had to be a certain way,” Knight says. “That was very special. For the most part that is the rugby culture.”

Last year, World Rugby banned transgender women from competing. Knight said she wasn’t happy with that ruling and others aren’t as well. USA Rugby will follow the rules of The United States Olympic & Paralympic Committee which allows trans women to play the sport.

But at its best, Knight says rugby is inclusive.

“It’s not simply size. It’s not simply shape, it’s not speed but it’s skill set, it’s mentality, it’s personality. Personality sometimes determines what position you play. It’s a lot of things. There’s a place for every single person in the game of rugby. It’s very rare you find teams that cut players - especially at the grassroots level. It’s one of the few sports that still recruits people.

“It’s about bringing out the best in people," Knight says. "It’s really what the sport demands.”

A few weeks after she first began playing rugby, she packed her Honda Accord and drove from Wisconsin to Long Island – where the Women’s Sports Foundation was based at the time – and began as an advocacy intern with the WSF.

Throughout her playing career, she became an ambassador for the foundation. She remained involved and became a member of the athlete advisory panel and board of trustees before she was nominated for president and elected.

A few of Knight’s goals during her tenure:

If you’re interested in playing or watching rugby, check out USA Rugby to see if there’s Major League, Women’s Premier League or college level rugby in your city. Rugby is also being played at the Tokyo Olympics and some full matches can be found online.

“Particularly when it comes to BIPOC people, it’s pretty challenging sometimes to feel like you belong in rugby. I would encourage BIPOC folk interested in rugby, to reach out to Roots Rugby family, a rugby community that’s formed over the years,” Knight said. “They’d have you in there with open arms if you want to be a part of that community.” 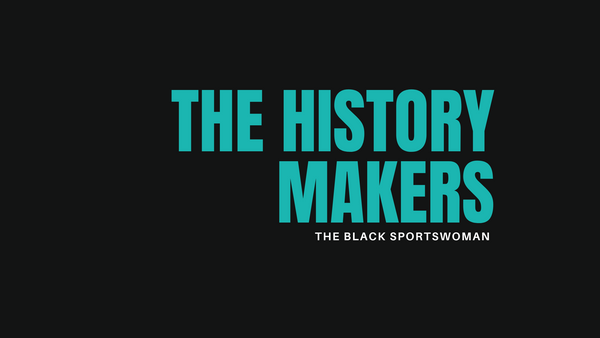 This is part one of The Black Sportswoman’s Starter Kit: the history makers. Here are 28 historic Black sportswomen to know. 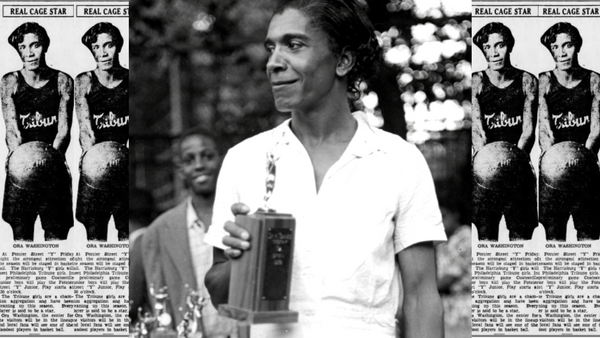