Today we're talking about women's college basketball's all-time leading scorer, and a time in her playing career I don't often hear about.

The best scorer in the history of U.S. women’s college basketball entered the Naismith Hall of Fame last month.

“I accept this recognition, in honor of the small college players and coaches in the 70s, who have laid the foundation for what women’s basketball is today.”

I interviewed her for FiveThirtyEight, and wrote about her career journey – she is so fascinating, seriously. She played a 2v2 game with her brother and coaches, that's how she ended up at Francis Marion.

Today I also want to share a little bit about a less talked about portion of her pro career, the season spent in Venezuela after the WBL folded. After her time outside of the States, she retired and began a different career.

Below is an excerpt from our interview:

Pearl Moore: Even when I went to South America, and I played for a team in Barquisimeto, Venezuela. And I was a starter and we were getting ready to play for the championship. So I think we had won the first game, and I can’t remember for sure. But I told the coach, “this team has been practicing for us the whole time, so I don’t wanna start. I wanna mess up their whole system of what they were practicing.” And he did what I said. And we ended up blowing them out. The play there was a little bit different. It was rough. It was rougher.

The Black Sportswoman: Oh, really? Because I wanted to ask you about that. Playing overseas.

It was rougher. They had a cage, a fence around (the court) because the people were so wild.

My biggest question, because I didn’t know “playing overseas” was happening for so long, is how did you end up there? How did you know that it was a thing you could do?

I think somebody had called me. I forget who it was. And it was a guy who was sending people overseas, but see, I never knew about the Europe leagues or whatever. But one of the teammates that I played with in St. Louis, Linell Jones, she was over in Europe playing. But I don’t know how I would have liked being gone that long. In South America we stayed from August to, I think, the middle of November, right before Thanksgiving. And then I was back. I think I would have gone back but I don’t even know what happened with that. Because we won a championship there, I ended up playing three years of professional basketball, I won two championships.

What was it like for you living in Venezuela?

Over there, it was either you had money or you didn’t, for the people that lived there that’s what I saw. I think it was five teams. It was Maracay, team in Valencia, Caracas, the team that I played on, there was one more, I can’t remember where it was. You could have three Americans to a team, and my team had Patrice Walker, Winna Gazaway, and myself. The language, we had translators. If you wanted to eat, you went into, it was like a market, kinda like a flea market, that you could buy stuff... matter fact, I don’t even remember seeing a grocery store. And I could have, now I can’t remember. That was back like 30 years ago. Over 30 years ago. I remember that, and gold was cheaper and all that stuff. It was okay. Two championships, the language barrier, but we made it through it.

Did you feel like you got to travel through basketball? See things you normally wouldn’t have seen?

Yeah. Not just there. Basketball did a lot of sightseeing for me. It was all over the place.

Liked this email? Forward to a friend who loves basketball or sports history. 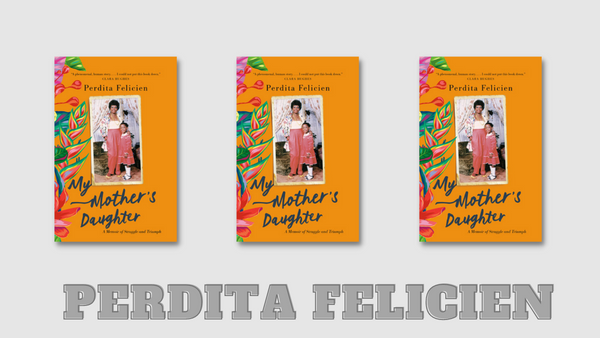 Why Perdita Felicien's memoir is worth reading, and why we need more books like it.

Why oral histories are important and a resource featuring rare interviews.