Katrina Adams, former pro tennis player and president and CEO of the USTA, has a new book out now called Own the Arena in print, as an e-book and in audio).

The book looks at both her playing and corporate career, with advice sprinkled in, but also gives us a glimpse at the richness of Black tennis history.

Adams is on the Black tennis history committee for the International Tennis Hall of Fame, doing research on Black tennis players and coaches who contributed to the game around the globe and is looking to share their names and stories.

All those names were mentioned in her book. Althea Gibson broke barriers for them and they then paved the way for Venus and Serena Williams, Naomi Osaka, Coco Gauff and the many others in this generation of Black women in tennis.

“When you look at Leslie Allen, who was a generation before me, Leslie was the first Black female (player) to win a professional tournament since Althea Gibson. She won (in 1981). She graced the cover of Tennis Magazine, as a Black woman. I mean, that's that's significant.

“I remember 1990 when Zina Garrison got to the finals of Wimbledon, she was the first Black woman to get to the final of a Grand Slam since Althea Gibson, which was in 1958. So from 1958 to 1990, you're like, ‘Wow, really?’” Adams told The Black Sportswoman. “I just never looked at it that way. I realize how fortunate I was and how blessed I was to be in this sport to have the opportunities that I had.”

Garrison and Adams were doubles partners and with their “Low/Go” slogan, they made the doubles semifinals at Wimbledon in 1988. Throughout her career, Adams won Illinois and NCAA titles and also competed in the Australian Open, French Open and US Open in singles and doubles, making the fourth round in singles at Wimbledon, also in ‘88.

Adams’ first tournament was with the American Tennis Association (ATA), which was founded in 1916 when the USTLA (now the USTA) banned Black players from its competitions.

“I started in a black program. I had a black coach. I went to another black program indoors that winter, followed by a black program the following summer,” Adams wrote in Own The Arena. “My first tournament was the ATA Nationals, a black event. So I didn’t know anything else until I started playing in USTA sanctioned events and was no longer in a fully welcoming environment.”

Adams would eventually lead the organization that remained segregated until 1950, eighteen years before she was born.

Her new book opens with the 2018 US Open which was her last Open as a president of the USTA. The women’s final between Naomi Osaka and Serena Williams and Adams’ remarks following the match were both filled with controversy.

“I think it's probably one of the last visuals that people have of me in the public eye. That's one,” she said. “(I started the book there) to kind of give you a behind the scenes view or look or to really let you know what was going on inside my head or what happened. You know, [there’s] still a lot of questions out there. So I wanted to kind of close that dialog, finally, and be able to move from there.”

In this book, there's stories about the culture of tennis and its major tournaments and the highs and lows of Adams’ career. She doesn’t shy away from discussing the mistakes she made alongside her biggest accomplishments.

There are also stories about her corporate career, but the most interesting parts focused on her life, the lessons she learned, adventures and travels, and the sacrifices she made, which include her health, teenage years, and a “rich emotional life.”

Throughout her career, she received help from her community, and she honors them in the book as well, along with the friends, family, colleagues and mentors who helped shape her life.

The Chicago Prairie Tennis Club did fundraisers to help provide her parents cash for travel or lessons. She also had a “guardian angel” who helped her financially when her losses outnumbered her wins.

“Everything I am was seeded in the love and commitment of my parents and people in my local community who saw something in me,” she wrote. “They gave of their time, experience, money, and knowledge to nurture a gift that might have died on the vine had it not for their collective attention and care.”

Watch Katrina Adams with Robin Roberts on Good Morning America and check out her book Own The Arena, out now, in print, as an e-book and in audio.

For later, bookmark this new lecture about Althea Gibson and the history of Black tennis, moderated by Katrina Adams. 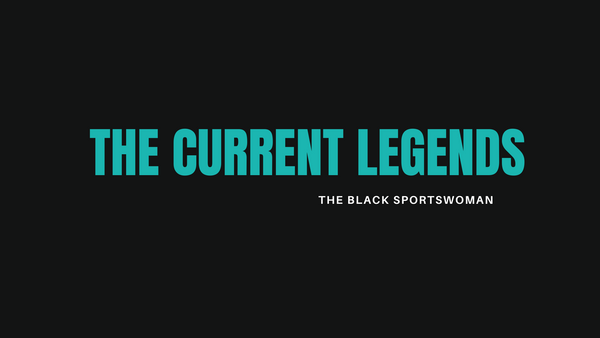 A list of active, legendary Black sportswomen, from various countries and sports. 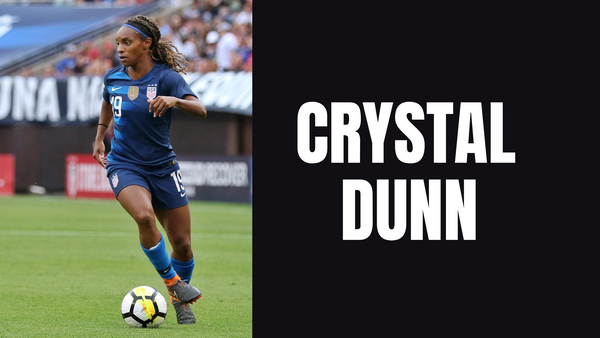 Crystal Dunn wants 2021 to be the year of Black women in soccer. She shared that thought with the Black Women’s Player Collective [https://twitter.com/bwp_collective?lang=