Charlotte/Carlota Gooden is a decorated Panamanian sprinter and the first woman to represent Panama at the Olympics.

Gooden is a two-time Panamanian “Athlete of the Year,” attended Tuskegee Institute on an athletic scholarship and won three medals at the 1959 Pan American Games – silver in the 4x100 and bronze in the 60m and 100m races. She also competed at the 1960 Olympic Games in Rome.

Gooden, who is still alive, was born on June 7, 1936 to parents who immigrated to Panama from Barbados to work on the U.S. canal – a part of a larger group of thousands of West Indian immigrants who migrated to the country to work.

“In black history, the Diaspora--or dispersal of Africans to many parts of the world--continues. The first stage saw tens of millions enslaved and sent from their homeland,” Michael L. Conniff writes. “In the second stage, their descendants won freedom and became citizens of new countries. Yet another stage came, when poor blacks had to move again due to depressed economies, civil wars, droughts, and overpopulation. Those who migrated to Panama between 1850 and 1950 formed part of this new dispersion.”

Citizens would be placed in quotes, though, depending on who's doing the talking.

Become a paid member to support The Black Sportswoman and fund our future research & articles.

Four years after Gooden was born, Panama published a new constitution, “fearing an attack on their traditions and social structures” and denied citizenship for many groups, included English-speaking Black people – and their descendants, unless there was “substantial proof” they’d lived there during child and adult years and only the president could change it.

“The restrictive measures were especially directed towards the English-speaking, West-Indian Blacks who had migrated into Panama mainly on four different occasions since 1850,” writes Sadith Esther Paz B.

They eventually continued, “Taking the 1940 Constitution as a reference point, it is obvious that the group chosen as 'scapegoats' were the Black-English speaking immigrants.”

Though citizenship was restored for West Indian Panamanian canal works, at least “officially,” not much changed in society.

Gooden represented the country in various games in Panama and across the Americas, including in Caracas for the 1951 Bolivarian Games where she ran a 50-meter dash in 6.5 seconds, which was written about in many newspapers.

“Along with recognition, Gooden’s talent allowed her to experience mobility unparalleled for a West Indian Panamanian young woman,” says Cat Ariail. “She traveled across Panama and the Americas to compete in a regional sporting event that, in turn, expanded her athletic expertise and expectations.”

Gooden qualified for the 1952 Olympics in Finland.

But it was reported in a July 12, 1952 Association Negro Press wire story that the Panamanian government didn’t pay the national team’s expenses ($10,000) for the Games, citing the country’s economic condition. “One girl, Carlota Gooden, who established a sprint record for the Central American Games held recently in Caracas was included on the team. She is a student in the American Government operated La Boca School for Negro employees’ children on the Canal Zone.”

The entire delegation that year was Black athletes – Gooden the only woman. Also, many of them already attended historically Black schools in the U.S. Gooden would eventually attend to Tuskegee Institute on scholarship. “This is indicative of interDisaporic conversations that allowed Black people to resist and find opportunities,” says the Radio Caña Negra podcast.

Following her athletic career, Gooden eventually returned home and served as a P.E. teacher in Panama.

Like The Black Sportswoman? Tell a friend who loves sports and/or history to join our e-mail list! 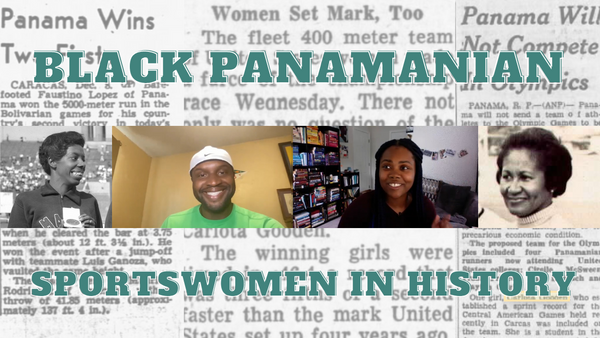 In our latest video, The Black Sportswoman in joined by Dr. Javier Wallace to discuss Black Panamanian sportswomen in history, like the legendary Delmira Pierce, El ciclón del Caribe, and 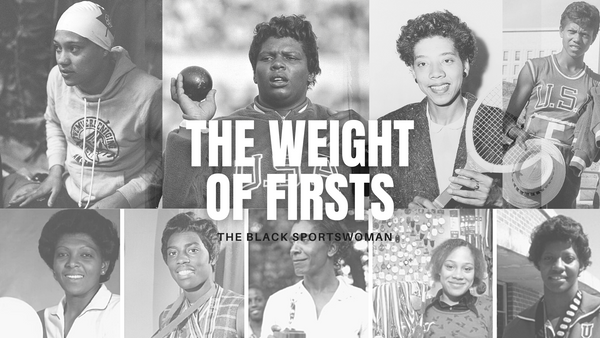 This is a paid-member only essay.