A “novel” baseball game took place between two Black women baseball clubs, the Dolly Vardens and Captain Jinks, in May 1883.

The Dolly Vardens, two Black women baseball teams shared that name, and Captain Jinks were all started by a white businessman, according to historian Mary Craig.

Literally everything at the time was named after Dolly Varden (including white and male baseball teams, one launched in Atlanta), the name coming from a character in Charles Dickens’ Barnaby Rudge.

The style and name (before it was a fish) became a trend in the 1870s, an almost costume version of the previous century’s fashions. (It’s funny how we, as people, still do this kind of stuff. The Cottagecore/Edwardian trends are all examples of this. In 2021, YouTubers are doing Victorian morning routines.)

Coverage I've found of the teams, as surprising as its existence is, was condescending yet descriptive.

Today I'm going to write about one specific game, featuring all Black women, between one Dolly Varden team and the Captain Jinks, which was recapped in The Philadelphia Press.

The game took place between May 18 and May 25 of 1883 in the Lamokin neighborhood, possibly on Lamokin Street in Chester, Pennsylvania, which is in what could be considered the Metro Philly Area. The story just says the game took place, “at Lamokin,” which may make sense to Philly natives or historians, though this neighborhood could have been its own town at the time.

While I’m unsure of the specific site where the game was played, on Lamokin Street there is currently the Chester Athletic Field, which hosts the Philadelphia Fall Baseball League.

In the article I’m referencing today, the author mentions a railroad on one side of the grounds. In the map I’ve included below of the Lamokin Neighborhood, which now includes interstates and highways, I’ve put a red line at Lamokin Street, a red line at the railroad and a red line at what is now at the Chester Athletic Field.

The initial game seems to have been postponed. On May 18, The Boston Globe wrote: “This city (Philadelphia) and Chester enjoy the distinction of possessing artistically-dressed baseball nines of ladies of color.”

The Dolly Vardens were based in Philadelphia and were to visit the Captain Jinks in Chester. The Boston Globe went on to say about the Chester team, “they tossed the ball around for two hours, and, as, the Philadelphia team failed to keep appointment, went on to rope hopping.”

But on May 26, 1883 The Kansas City Evening Star shared the Philadelphia Press game recap (which I cannot find, and reprints don’t share a byline) of the game that eventually happened. The recap was titled, “A Novel Game of Base Ball between Teams of Colored Girls.” Other publications also reprinted the story, I’ve seen some as late as August 8 that year. The Philadelphia Tribune, the city’s Black newspaper, didn’t start publishing until 1884, so there likely wouldn't be a story on this game even if I could access the archives.

The Philadelphia Press author writes that the sun was out and there were spectators at the game, sitting on the roofs of nearby houses as well on as fences around the field.

Now onto the game itself. The article notes that the umpire clocked The Captain Jinks as being more than minutes late, which I honestly find hilarious given that the Dolly Vardens seemed to have missed the entire first game.

But the recap writer starts the story saying, “If poor, patient, melancholic Job could have seen the game of base ball,” that he would have “laughed heartily.” And goes on to use phrases I’m not interested in repeating, since they don’t matter to the historic record.

Three Dolly Vardens wore “salt-bag jerseys over their petticoats, with holes cut for the arms and legs” and the umpire, “wore a striped calico dress, stockings to match, button shoes minus the buttons, and an old sun bonnet that looked like it had been baked by the suns of 7,000 summers.”

Here’s how the way they played was described: “They ran like deer, threw the ball like a boy, with the right arm, and batted with lusty grace and freedom from restraint, that was to say the least, novel.”

That leaves me with a lot to analyze.

But the author did provide names.

Apparently the game had 15 innings; the Dolly Vardens led Captain Jinks 63 to 62, though the game technically didn’t end.

There seemed to be both athleticism and chaos, which I am so familiar with. Fannie Watts had a two-base hit, or double, that she sent into left field; Philopena Morris hit a ball that went into the chimney of one of the houses.

But possibly my favorite tidbit, on the chaos side, is, “Maria Thompson ran around the course with the ball in her pocket to keep from being put out, and dared anybody to lay their hands on her.”

The game apparently “broke up in a free fight” and was expected to be continued the following week.

I haven’t found any recaps on that rematch, but be assured, I’m looking for them.

This article makes me wonder a few things, worth following up on: 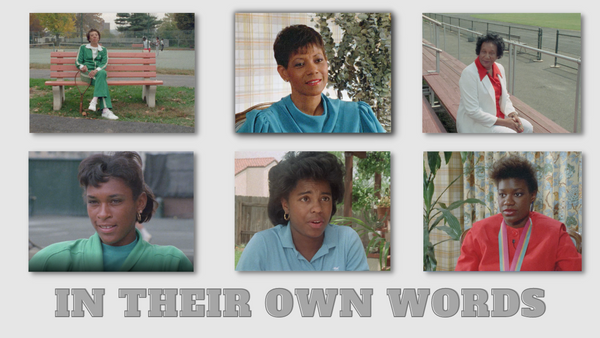 Why oral histories are important and a resource featuring rare interviews. 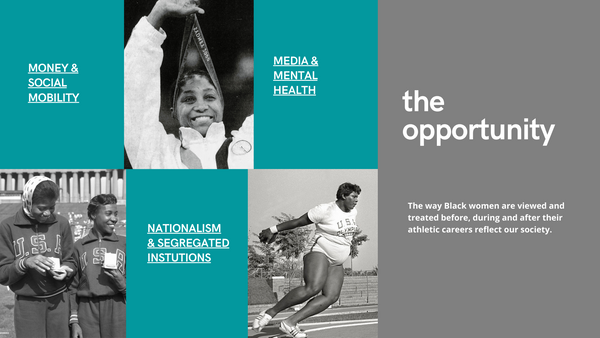