Audrey “Mickey” Patterson is the first Black woman from the U.S. to win an Olympic medal.

She won bronze in the 200-meter dash at the 1948 Olympics, the first Games to include the race for women.

Initially, Patterson and Shirley Stickland tied with a finish of 25.2 seconds. But after 45 minutes, officials determined Patterson the third-place finisher. Years later, a president of the Association of Track and Field Statisticians (ATFS) read a photo-finish that showed Strickland won.

But Tracey Salisbury writes in her thesis that this revelation didn’t change anything for Patterson, and the opportunity to compete was the most important to her.

“At the time I competed,” Patterson told Essence Magazine in 1984, “We were still sitting at the back of the bus and eating at separate lunch counters. Just imagine what it was like for me.”

Want to support the work of The Black Sportswoman? Consider buying us a coffee.

Patterson was born on September 27, 1926 in New Orleans, and she developed a love of running during elementary school. She received a scholarship to Tennessee State University and competed under Tom Harris, who was brought in after Jessie Abbott resigned and also recruited Ed Temple to eventually take over the team.

Patterson transferred from Wiley College in Texas to start her short career as a Tigerbelle in the spring in 1948, the same year she would go on to qualify to compete for Team USA.

The official Olympic site says she burned her leg on the morning of the U.S. Olympic trials and just before the final was locked in the dressing room.

Also, A.D. Emerson quoted Alice Coachman as saying, “Mickey was filled with lots of nervous energy and was very talkative prior to her competition. She relied upon me to calm her down and our conversations, obviously, worked since she received a bronze medal in her race. She was a great person and a good friend and Olympic teammate.”

Patterson is the first Tennessee State Tigerbelle to win an Olympic medal and was also the 1949 AAU Woman Athlete of the Year.

There were nine Black women in total who competed for Team USA in 1948, including fellow Tigerbelles Emma Reed (long jump) and Mae Faggs (200m), starting a Tennessee State legacy of Olympic success that would continue throughout the next two decades.

Patterson and Coachman were the only women of Team USA track & field to medal during the 1948 Games. Coachman became the first Black woman to win Olympic gold just days after Patterson finished third in the 200m.

Paterson eventually transferred to Southern University in Baton Rouge to finish her degree. After competing, Patterson focused on coaching and developing thousands of young athletes with Mickey's Missiles Track Club, beginning in 1964. 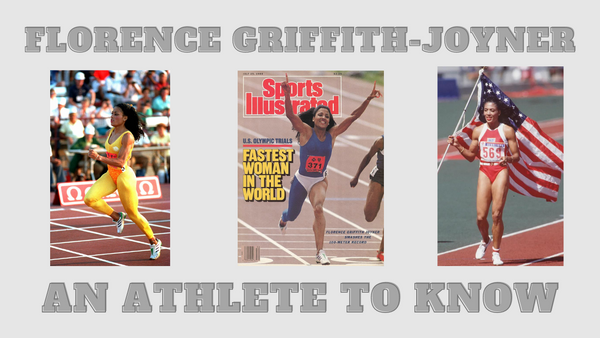 Florence Griffith-Joyner is considered the fastest woman of all time.