Professional women’s basketball is one of my favorite topics. Women’s basketball outside of the youth and school contexts in general, fascinates me. Today, I want to introduce a topic – really, this is just the start – that I’ll be researching over the next few months – The Athletic Club Era of Women’s Basketball.

This was a time in women’s basketball history where Black sportswomen on athletic club teams – affiliated with or sponsored by churches, newspapers, men’s athletic clubs, etc. – competed and traveled around the country and into Canada.

They did this mostly during the time frame that ranges from the early 1900s to about 1940, an era when competitive women’s basketball – and other sports – were gaining popularity while receiving pushback, before programs shut down, not to be picked back up again until Title IX passed.

This technically is considered “The Black Fives Era,” the years between 1904 and 1950 that is described to include “the First Black Migration, the emergence of the phonograph and radio, the growth of entertainment culture, the explosion of jazz, ragtime, and the blues, vice reform, lynchings and race riots, the ballroom dancing craze, Prohibition, the Roaring ’20s, the Harlem Renaissance, the Great Depression, two World Wars, and the Golden Age of Sports.”

That excerpt from The Black Fives foundation offers a glimpse of the time, and, of course, Black women were left out of most spaces. Back then, there were white-only gentlemen’s clubs, white-women only social clubs and Black gentlemen’s clubs. Then, there were the Black women social clubs, created by nature of being left out of all three. The same held true for sports clubs. White women were playing in “industrial leagues,” sponsored by their companies, or in the Amateur Athletic Union. Black women had their own teams; I’ve seen at least one club so far that was run/managed by all Black women.

So I feel hesitant to call this timeframe for Black sportswomen The Black Fives era too, because it prioritizes the men. I mean, the era is considered concluded in 1950 when the men get a chance to play in the NBA, once it integrated in 1950. Where do the women go? Well… more on that later, but some teams kept playing.

Anyway, I am curious if there is a term used for Black women basketball players during this time frame? In all that I’ve read about this era, Black sportswomen have been considered footnotes – a chapter at most – or have been written about in ways that actually upset me to read, if they are acknowledged at all. My unsuccessful attempt to read an academic article on this topic frustrated me, but hopefully I’ll be able to access it soon.

There were dozens of teams that I know about, New York, Chicago, Philly, but also in D.C. and Ohio and in the South and apparently the West. Here is a glimpse of some of the clubs and athletes, separated by region, in “The Athletic Club Era” of Black women’s basketball.

This article, posted by The Black Fives Foundation, titled “Early Female Black Fives: The Lassies Can Play,” outlines even more of the teams that exist, during this time frame:

“Smarter Set, the Younger Set, Mysterious Girls, the Cosmopolitans, the Savoy Colts, the Quick Steppers, the Germantown Hornets, the Tribune Girls, the Lincoln Nurses, the Club Store Co-eds, the Chocolate Coeds, the Defender Girls, the St. Nicholas Girls, the Roamer Girls, the Kansas Industrial Girls, the Gloom Chasers, the Argus Five, the Twentieth Century Girls, the Tattlers, the Blue Belts, the Dauntless Five, and the Gibraltars.”

Just to name a few. Check out that article to get a glimpse of what I’ll be digging into over the next few months – in between all the other articles. I’m always open to suggestions and ideas, and if you have interest in collaborating, do let me know. 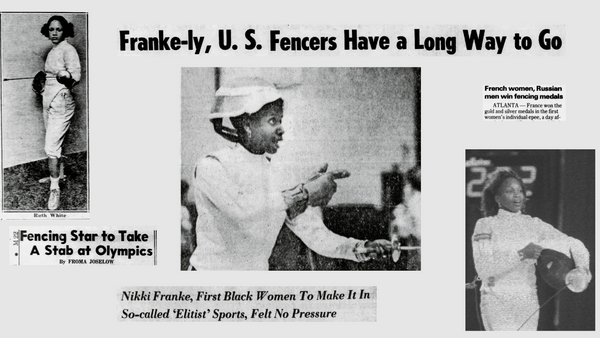 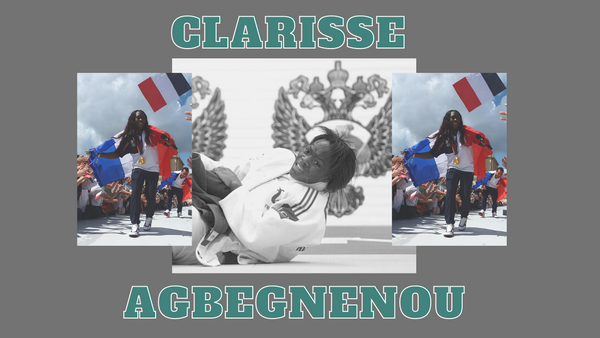 Clarisse Agbegnenou is an athlete to know.